Hixenbaugh Ancient Art is pleased to announce its latest gallery exhibition, “Egyptian Summer.”  The show provides a broad view into the majestic art of ancient Egypt from the Age of the Pyramids through the reign of Cleopatra.

Egypt has long been a source of fascination.  Even in antiquity, the Greeks and Romans marveled at the grand scale of ancient Egyptian monuments.  Much later, Napoleon was so struck by Egypt’s wonders that he had over 150 civilian scholars accompany him on his Egyptian expedition to document every aspect of Egypt.  The finds that they brought back ushered in a wave of Egyptomania in the west.  As curious Europeans embarked on the Grand Tour of ancient sites, many brought home souvenirs of their visits to Egypt.  These pieces form the core of many museums collections, while many other pieces remain in private hands.

Ancient Egyptian art was purposeful in its design.  Amulets were thought to provide magical and talismanic influences on individuals’ daily lives.  Statues served as embodiments of gods and goddesses whose divine influence was thought to permeate all aspects of the earthly realm.  Inscriptions were especially significant as the recitation of Hieroglyphic texts was believed to inspire physical manifestation of the words.  The Egyptians desperately wished to perpetuate their existence in the eternal Afterlife.  Many texts in the exhibition convey this notion.  Servant figures (shabtis) are inscribed with spells, so that they might continue to toil for their masters in the Afterlife.  Inscriptions on tomb walls and mummy sarcophagi iterate the social standing of individuals.  These words were believed to actually furnish offerings of sustenance for eternity.

The center piece of the “Egyptian Summer,” exhibition is a large limestone sunk relief from the side of a massive 26th Dynasty sarcophagus belonging to an important individual.  The surface is covered with a litany of finely carved Hieroglyphic spells intended to preserve and rejuvenate the mummy within for all time.  Other fine relief work on view include a meticulously carved Old Kingdom relief fragment that invokes the, “Master of Secrets,” a sunk relief with the image of an Egyptian priest and a raised sandstone relief depicting an Ankh, the symbol of life. 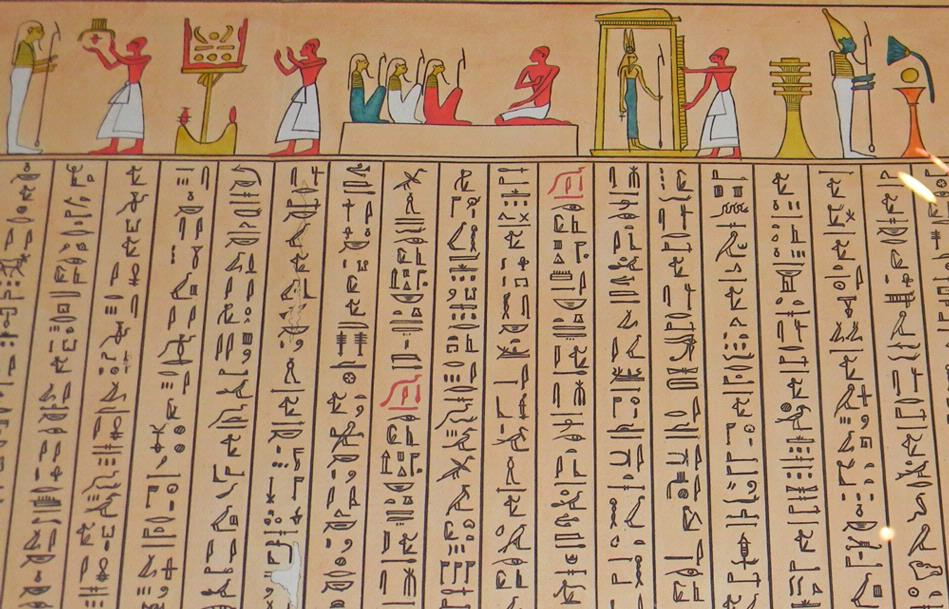