Hixenbaugh Ancient Art is pleased to announce its latest gallery exhibition, “Symposium.”  The Symposium was the quintessential drinking party in ancient Greece.  The show explores ancient wine and revelry including vessels used in the Symposium, musical instruments and images of the god Dionysus and his followers.

The ancient Greeks mastered the art of winemaking and spread the joys of its consumption all across the ancient Mediterranean and Europe.  The Symposium was a vital social institution in Ancient Greece.  Greek men gathered together in celebration.  They engaged in debate, recited poetry, played games, sang, and played instruments.  Entertainers performed, consorted and conversed with the symposiasts.  Wine was the key ingredient in the revelry.  Wine was carried into the Symposium in an amphora.  The symposiarch mixed the wine with water poured from a hydria into a krater.  The wine was consumed in a variety of vessels including the kylix, skyphos, kantharos and rhyton.  The vessels used in the wine service were elaborately decorated with scenes from myth and daily life.

Dionysus (Latin: Bacchus) was the god of the grape harvest, viticulture, wine and revelry.   As such, he was a frequent subject in the repertoire of Athenian vase painters.  Initially portrayed as a mature bearded man, his depiction evolved into that of a more sexualized youthful male over time.  Originally, Dionysus was associated with the cycle of wine production from cultivation of grapevines to the fermentation of the wine.  As the popularity of his cult grew, it incorporated a more libertine sensibility.  Followers of the cult of Dionysus engaged in rituals meant to temporarily liberate one from the constraints and mores of society.  Depictions of his male and female companions (satyrs and maenads) cavorting, dancing and engaging in sexual activity demonstrated the lascivious component of the Dionysian cult.

A wide variety of ancient wine vessels including Athenian pottery, Etruscan bronze, and Roman glassware are on exhibit.  Among the many wine vessels in the exhibition are a fine Attic red-figure kylix by the Tarquinia Painter.  In the center of the kylix, Dionysus reclines on a wine skin while imbibing.  On the exterior of the vase, six nude athletes train for the Olympic long jump.  An Etruscan inscription on the vase names its ancient owner, “Fikhines”.  The exhibition also includes a rare mosaic depicting Dionysus with a garland of grape clusters in his hair.  The mosaic is unusual in that it is signed by the ancient artist, Erenios of Apamea. 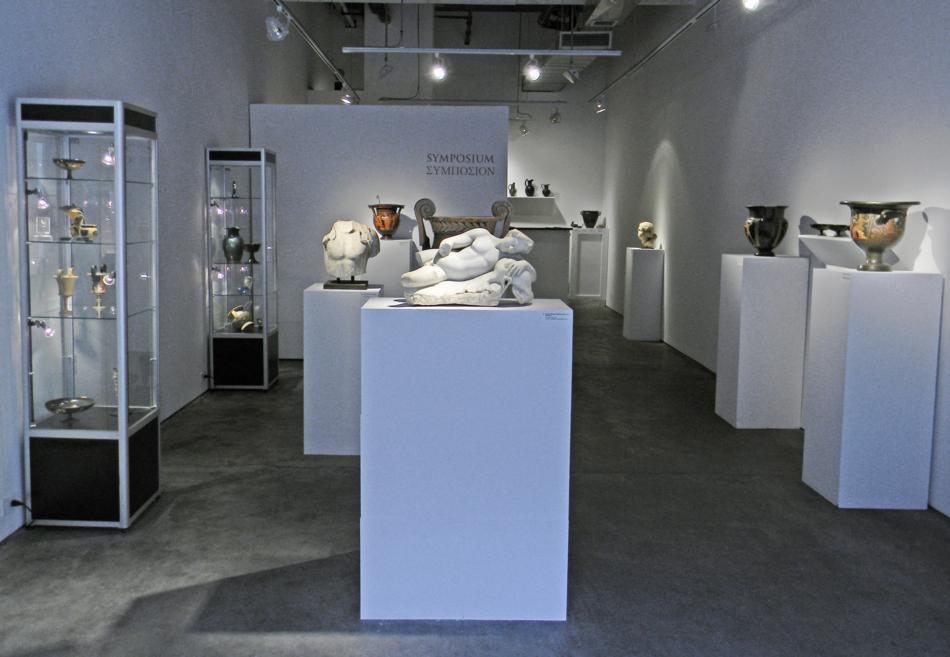 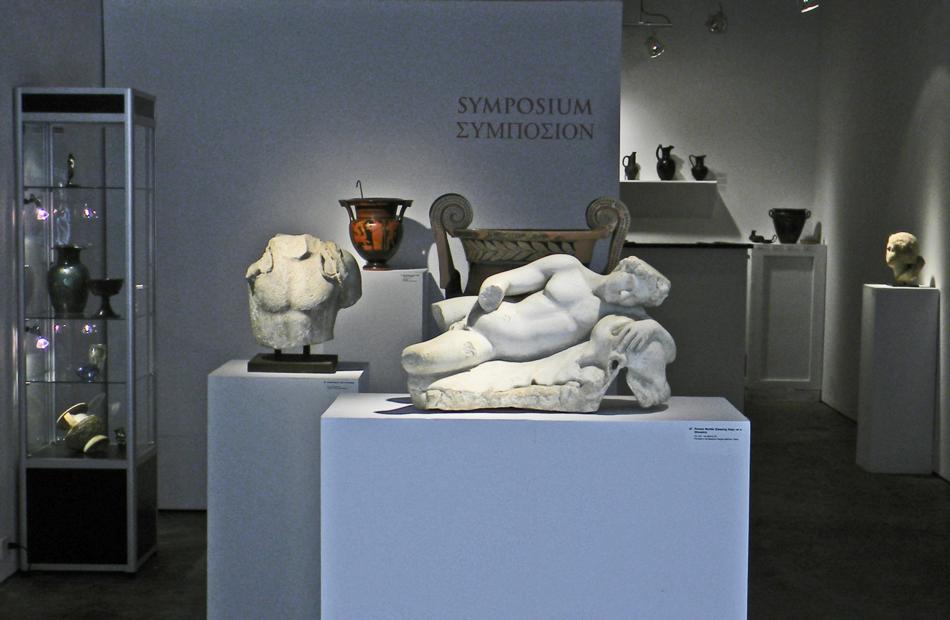