Warfare is as old as humanity. With the rise of sedentary agricultural civilizations at the end of the Neolithic Period, the necessity for defense became the prerogative of society at large and not just the individual. The stone axes and spear points of the stone age were quickly replaced by weapons of the newly discovered metal alloy of the bronze age. Conflict over land and resources spurred innovation and technological development. Not only were the weapons and hardware of warfare developing through the Bronze Age, so too were the tactics. Bronze Age warfare, whether in the Near East, Greece, or Europe, was exemplified by well armed aristocrats being taxied around the field of battle by chariot in search of worthy adversaries in which to engage in single combat while droves of poorly armed underlings skirmished in support of their leaders. This form of combat proved ineffective against tightly massed units of well armed and orderly deployed infantry. It was just this type of infantry, the hoplite phalanx, that the Greeks of the Classical Age brought to the ancient battlefield.

The descriptions of battlefield conditions that have come down to us from the ancient literary sources are poignant in their timelessness. In many ways, the chaotic experience of men in the midst of battle has changed little despite the passing of millennia. Certainly modern technology has introduced a multitude of novel means of cutting down one’s foe, but in the end, the confusion, fear, and brutality of battle remains constant. A thicket of spear points, a hail of projectiles, a cloud of blinding dust, and a deafening din are what often faced the men who took the field of battle in antiquity. What remains of these ancient souls and their triumphs and defeats is often little more than a few lines in an ancient text or inscription. It is the weapons and armor of the ancients and their helmets in particular, that offer us the most direct link. The helmets that shined brightly in the sun at Thermopylae, Marathon, or Plataea when the fate of the Western World was to be decided in an afternoon. The armor that was worn by the Spartans or the Athenians during the protracted and devastating Peloponnesian War. Where a helmet proudly worn by a father at the beginning of the war might end up being worn by a vengeful orphaned son in the same conflict two decades later. Or the headgear worn by the army of Alexander as they crossed into Asia at the Granicus River with no way of knowing how permanent and far reaching an effect they were to have on the history of man. In most cases the only true, albeit mute, witnesses to these epic events that have survived the millennia to the present day are the bronze helmets. The names of the individual combatants are almost entirely lost, the names and locations of the battles are often forgotten as well. But some of the armor has endured, and it offers us a small but tangible glimpse of those who long preceded us. 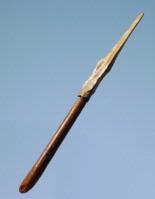